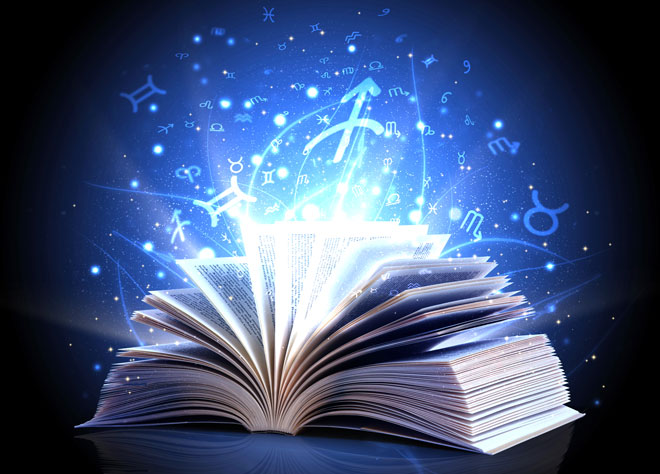 Vedic Numerology is considered the oldest form with roots in the Ancient Indian Vedas, particularly the Anka Shastra. This is no surprise, considering India is where the concept of Zero or Shoonya was formulated. Indian Rishis foretold that the numbers 1 to 9, as well as Zero – Shoonya, each hold a specific characteristic, which helps in knowing oneself completely. Moreover, that there is vibratory resonance associated with each number. When one’s action and the vibration of the individual’s number are in harmony, resonance is created. Ultimately, a person’s number works well when resonance occurs.

Indian Vedic numerology is based on the idea that everything in this material world is influenced by one or more of the nine planets. It studies the influence of planets on a person’s life and personality. Vedic astrology considers the Moon to be the most important factor for analyzing an individual’s inner self, the mind, and the soul. It uses the terms Rahu and Ketu to indicate the ascending and descending nodes of the Moon, respectively. These nodes also indicate the points where the orbit of the Sun and Moon intersect. Rahu and Ketu used to be considered planets in Vedic numerology.

The purpose of our lives is to burn our Karmic pasts in the fire of suffering. The planets Sun, Saturn, Rahu, Mars and Ketu are malefics whereas the planets Jupiter, Moon, Venus and Mercury are benefics.

In ancient times, the Devanagari script was followed to map the Name Number of an individual by segregating the letters into Consonants and Vowels, according to the charts below: 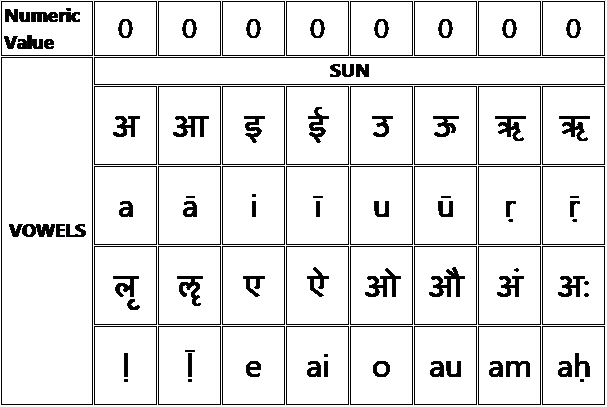 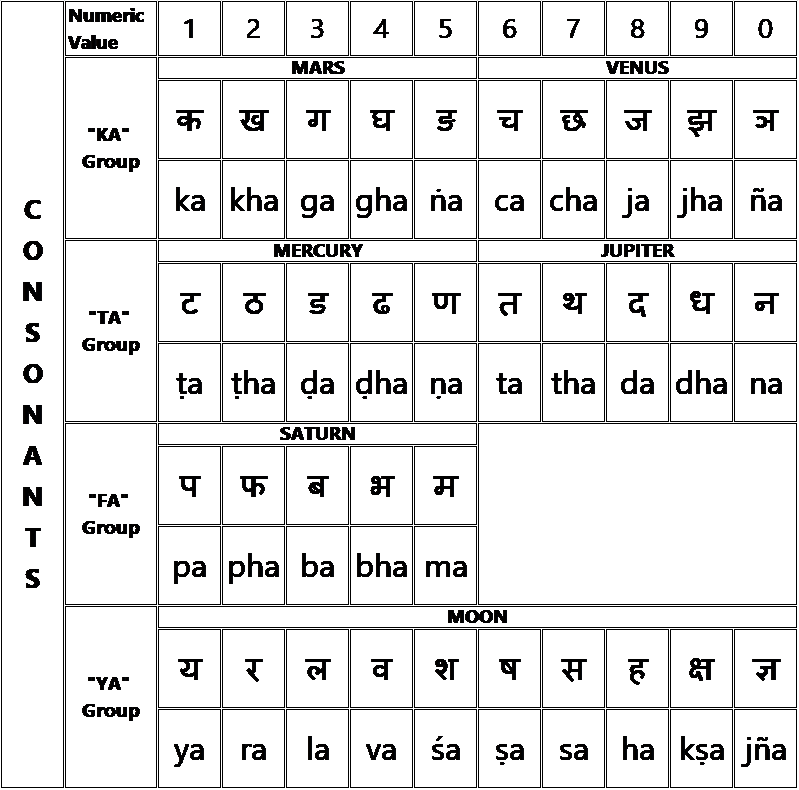 In today’s times, the Vedic number chart has been adapted to the English alphabet and mapped as below for ease of use: 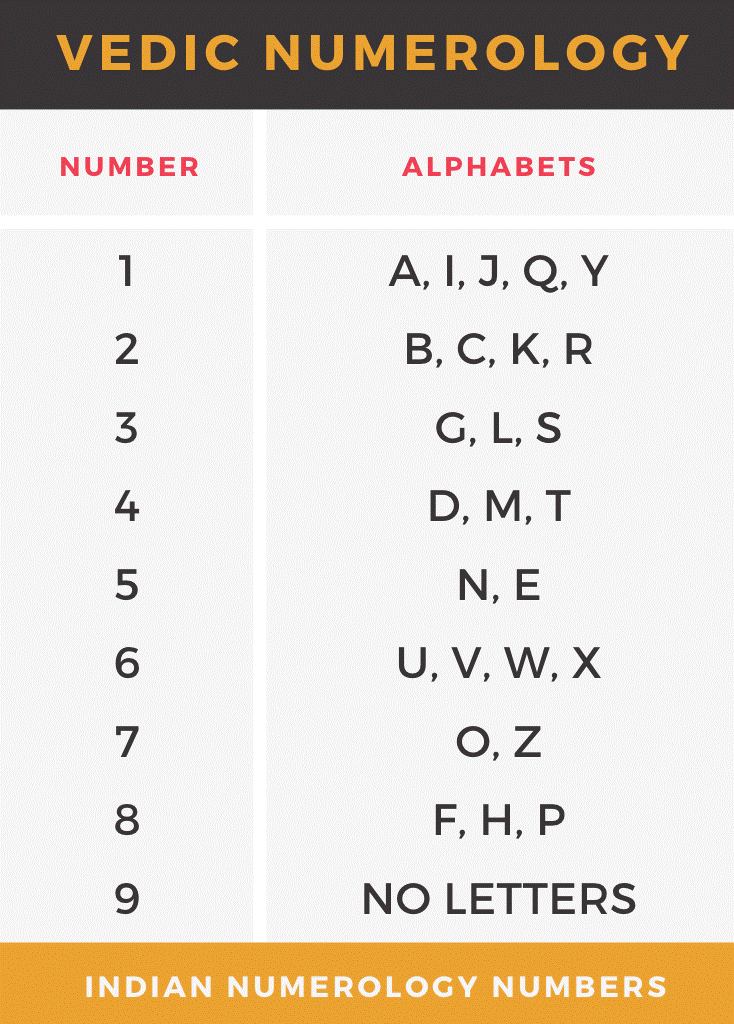 Divinity World has conducted a comprehensive study of the various number systems showing the numerical values assigned within the Latin and Hindi alphabets below, which gives a holistic view of how the Numerology systems stack up together: