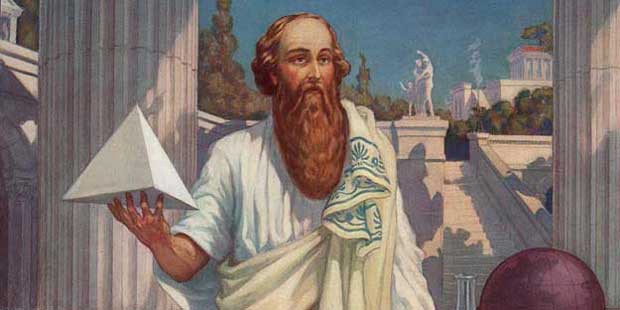 According to ancient numerologist Pythagoras’s theories, certain letters have specific numerical values based on the position of each letter in the alphabet, which are as follows: 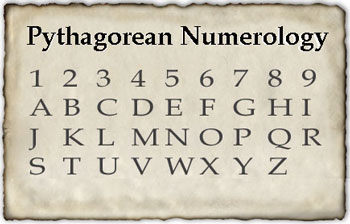 This form of Western Numerology was developed by Pythagoras, a brilliant Greek philosopher and mathematician, in the 5th Century BC. His theory was that there was a quantifiable relationship between numbers and musical notes, and that the vibrations in stringed instruments could be mathematically explained. All the numbers ranging from 1-9 hold certain energy and vibrations which can be both used positively or negatively. This form of Numerology is mostly used by western countries today and has gained a great deal of popularity and acceptance till date due to its easy way of assigning numbers in a simple sequence to the Latin alphabet.

Pythagoras theorized that there are 6 core numbers of immense significance in your life. Three of these numbers are computed from your name and three of them from your birth day. Analyzing these six numbers based on Pythagorean study will help you discover interesting facets of your personality and about your life. They are:

It provides the most information about you and your life. It shows your life experiences and the lessons you will learn during your lifetime and tells us which direction we should take in life.

This number reveals specific talents and potentials that you were born with, which can help you fulfill your life’s purpose and destiny.

This number tells us about the first impression that we have for others when we communicate with them for the very first time as well as how you see yourself. It depicts our outer behavior; how we interact with the outside world.

The expression number depicts a person’s natural capabilities, talents, and shortcomings that they born with, which might affect or help them in their lifetime.

By making changes to the name, the individual gets a new Destiny number. This is believed to change certain parts of the individual’s personality and destiny. The Birth number on the other hand, is permanent and cannot be altered no matter what and is viewed as an extension of the Destiny number.

This number is an inner reflection of your hearts desires, cravings, passion and motivation in life.

The character number tells us what people perceive about us when they interact with us and from what they hear and see of us.

Finally, the single digit core numbers are assigned a particular meaning and significance based on the Pythagorean system:

In the Pythagorean system, there are three master numbers (11, 22, 33), which do not get reduced to a single number. Hence, if your name number or birth number comes out to one of these master numbers, then you do not combine the numbers to form a single digit. When the same number is repeated, its vibrational power increases.

Divinity World has conducted a comprehensive study of the various number systems showing the numerical values assigned within the Latin alphabet below, which gives a holistic view of how the Numerology systems stack up together:

Ancient Secrets Revealed Of How Chaldean Numerology Works !
What is Numerology and How it can Impact Your Daily Life ?
How Your Date of Birth Can Dictate Your Career Path In Numerology ?