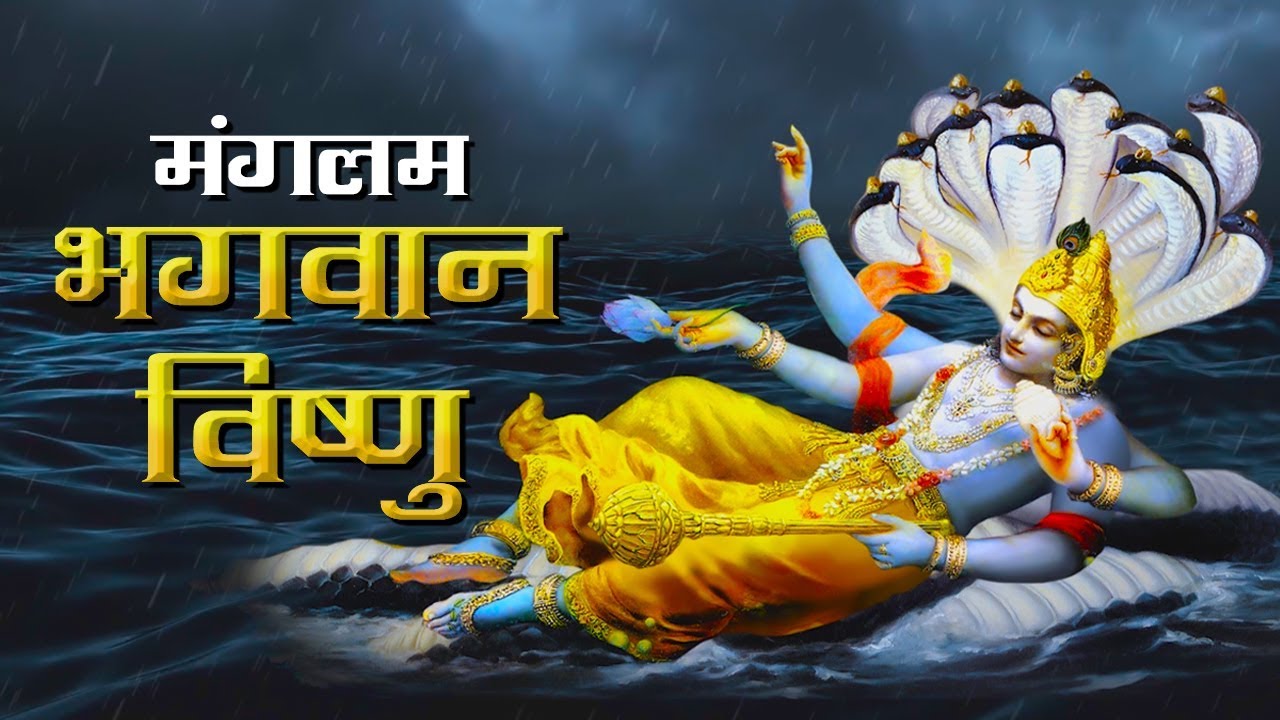 This mantra is also called the Mangalacharan and is chanted at the beginning of any prayer ceremony or ritual performed to worship, host, and honour one or more deities.

Lord Vishnu has embraced many incarnations to save this universe, such as Lord Rama, Lord Krishna, Parashuram, etc. Whenever this world needs the help of God, Vishnu will come to this world with a new incarnation. According to mythology, Vishnu has taken ten incarnations so far.

In Hinduism, Vishnu, whose name means “All-Pervading,” is the protector of the world and the protector and restorer of moral order. Lord Vishnu is also known as Narayan, who is a resident of Vaikunth Lok. Normally Lord Vishnu is portrayed as he is lying on the large Serpent named Sheshnag in the large ocean named Cheer Sagar, and Lakshmi Ji is sitting next to Lord Vishnu’s feet. Lord Narayana has a distinctive aspect in the Vedas via his association with Light, or his identification with the Sun.

Four arms indicate his all-powerful and all-pervasive nature, yet he is peaceful, merciful, and compassionate. Each hand holds an emblem of his divinity: the conch, discus, club, and lotus. The sound that evolves from blowing this conch is the primordial sacred sound of creation. A spinning discus-like weapon called the Sudarshana chakra (energy vortex) symbolizes the mind’s (citta in Sanskrit) need to destroy one’s ego and its illusory prison-like self-existence, in order to regain its real nature as an omnipresent spirit. The mace symbolizes the primordial ancient force from which all physical and mental strength is derived. 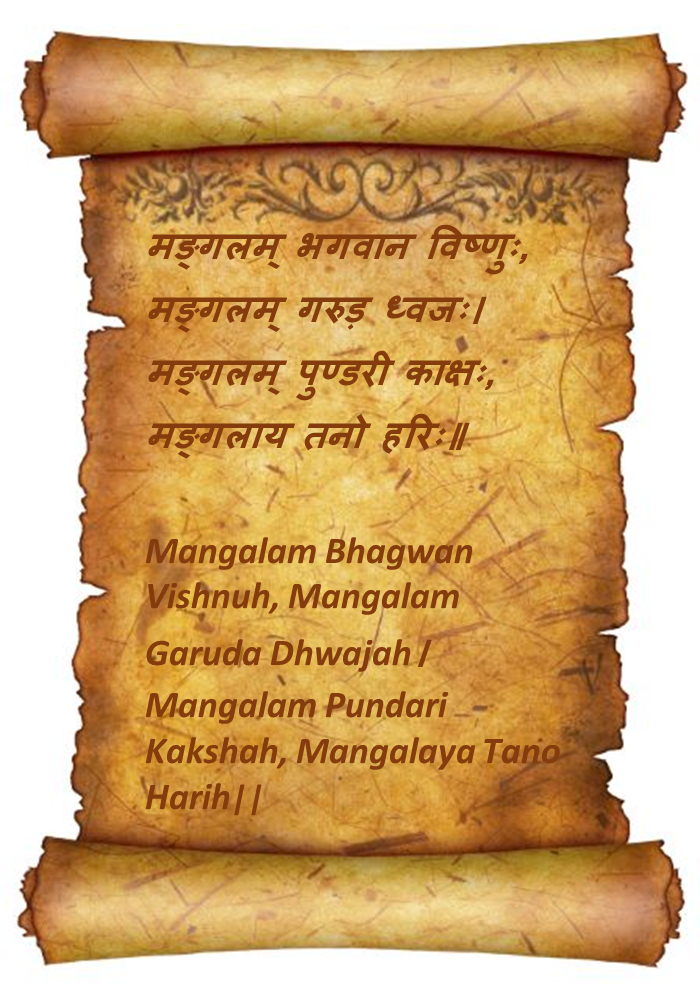 English Translation:
”May auspiciousness be unto Lord Vishnu,

May all auspiciousness be unto the one who has the Garuda, the birds king in flag symbol,

May all auspiciousness be unto the Lord with lotus like eyes,

Lord Hari is the abode all auspiciousness.”

Mangalam Bhagwan Vishnu Mantra is a powerful devotional Sanskrit mantra. Also known as the abode of unlimited prosperity and auspiciousness, this mantra helps to bring in abundant good luck and fortune when kick-starting a new project, a new relationship, or new innings to a wonderful life, and ultimately to gain spiritual awakening.

Whatever happens in this world only happens by the grace of Lord Vishnu; Lord Vishnu also shows the right path to his devotees and teaches them how to live in this world.

Even if you wish for wealth, you should chant the Lord Vishnu Mantras. As it is said, Lakshmi lives with Vishnu. Therefore, by pleasing Vishnu, you can please Goddess Lakshmi.

Lord Vishnu has always been associated with Karma. The basic principle of Karma is that you get what you give out to the Universe. Here, Universe means the whole world and all the beings in it. If you do “good” to others and have been good to them, you are going to get good in return. On the other hand, if you do “bad” to others or hurt them knowingly, you get your Karma back by going through a similar, or worse, situation.

Most of the time Karma comes as an epiphany when you know you are going through a hard time because you had put some time in a similar situation in the past. This is when you need to invoke Vishnu to pass through this phase quickly and ask for forgiveness for your bad deeds.

Although Lord Vishnu can be worshiped every day, Thursday is specially dedicated to Lord Vishnu. Divinity World recommends performing Satyanarayan Katha and observe fast as part of the worship of Lord Vishnu on Thursday.