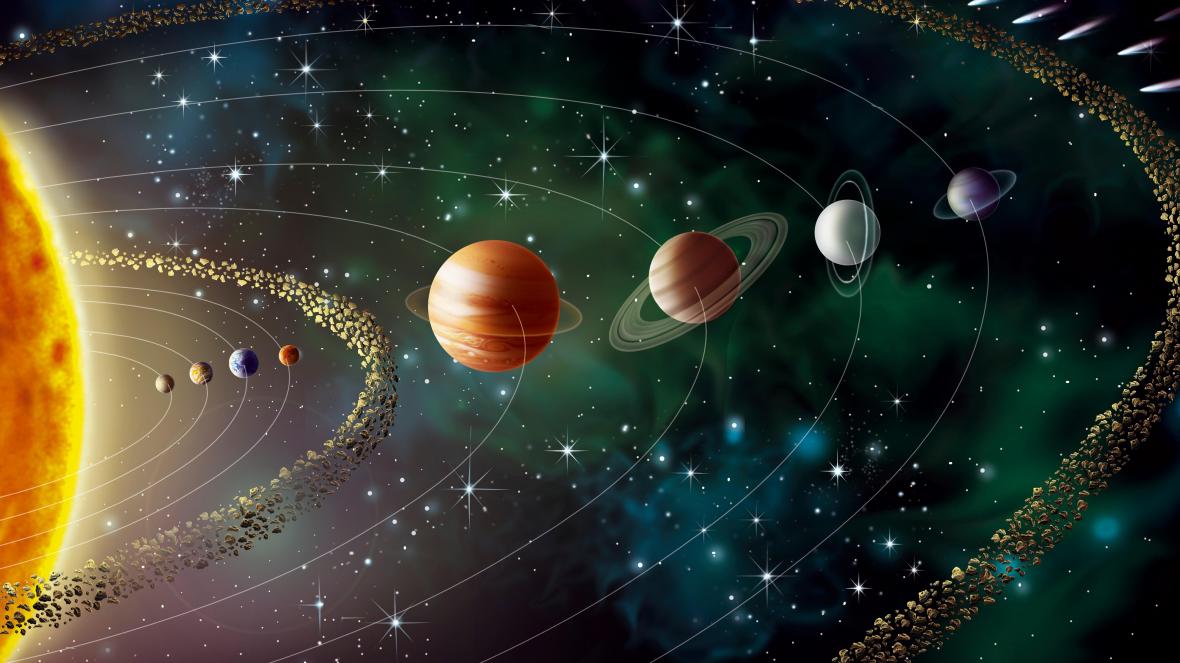 Right at the outset, what needs to be clarified is, though the terms Graha and Planets are normally used interchangeably and are considered to be one and the same, they are in fact completely different. Planets are the celestial bodies in the solar system while Grahas represents the entity that has the power to – seize, or capture, or grab… In Vedic Astrology, the Grahas, therefore, go way beyond what the term Planet represents and describes the ability of celestial bodies to either influence or predict occurrences in an individual’s life or world events.

We all know that our Solar system comprises of 9 planets, which is the basis followed by Western Astrology as well. Similarly, even Vedic Astrology has 9 planets, they are not the same as the ones as per Astronomy that circle the Sun. In fact, to be precise they are not considered as Planets but Grahas. Let’s briefly discuss the differences between Western and Vedic systems:

Summarized below are key details around the inherent nature and the characteristics of each of the Grahas:

We at Divinity World are happy to help you gain an even deeper understanding of the prominent planets in your chart and the influence they have in your life. Please reach out to Your Personal Guide for a Detailed Reading.

Do You Know Your Vedic Astrological Sign ?
Demistifying the D-Charts For You
If You’re Not Sure What Your Time Of Birth Is Or Were Born In A Place Where There Is Daylight Saving...